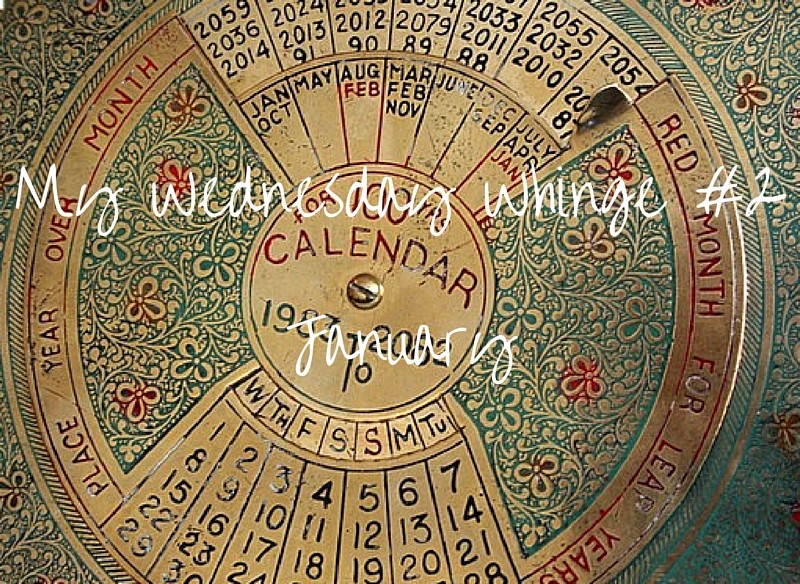 Yep, this week I am really not feeling January. I’ve had enough of it basically.

Isn’t it just the worst month?

Not only is everyone on a massive come down from the festivities of December, but everyone is broke, the weather is bloody freezing, you feel guilty for the amount you ate and drank in December, and unless you are lucky enough to have a birthday, there is nothing to look forward to or get excited about.

It dawned on me that every other month of the year has something, even just a little something, that is kind of worth looking forward to; February has Valentines Day, in March the clocks change for longer days, April has the Easter holidays, May has a bank holidays, June, hmmm….it’s nearly Summer!, July is the start of the Summer holidays, August is August and it has a bank holiday, September the kids finally go back to school (yay!), October has Halloween, November is Bonfire Night, and then back to Christmas and New Year celebrations!

The January boredom is affecting the kids too; there isn’t a day in January that has passed without me being asked by my 4yr old “when is it going to be Christmas again?” or “What is Father Christmas doing now?” Yes, it is very sweet I know, but 20 days into January it is starting to grate just a little! If  January wasn’t so bloody boring and there was something else for him to look forward to, maybe he wouldn’t so vocally and repeatedly cling on to Christmas.

It used to be that we could look forward to the January sales, but actually January sales now start on Boxing day and all the good stuff is gone before most normal people have dusted themselves off after the Festive Season, and managed to get out to  the shops.

I was thinking that it would be great to have a public holiday or something to cling on to in January, but actually most people are so broke after Christmas that would we actually be able to enjoy it?!

What do you do to get through the most rubbish month of the year? Any ideas gratefully received!