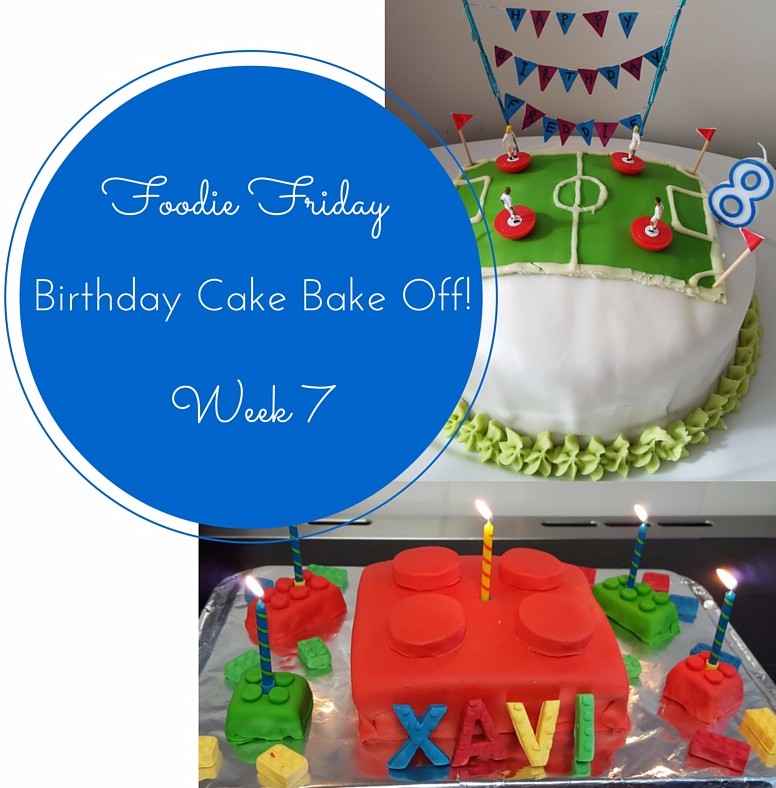 You may have noticed that Foodie Friday has taken a bit of a back seat recently. As much as I would love to be able to do it every week, sometimes life just takes over.

March is birthday month in our house, with both boys and I celebrating (an expensive month for Mr DaisLikeThese!). That coupled with a bad run of sickness in our household and my trip to New York have meant that I just haven’t managed to blog very much.

So this week rather than tackling a new recipe with the kids helping and reviewing, I thought I could share with you my birthday cake creations that have stunned and wowed* my children this month (*they didn’t actually use those words, but I like to think they did).

Firstly for my football mad eight year old, I made a football pitch cake complete with Subbuteo players, corner flags and a banner in West Ham colours. It was a classic birthday sponge cake recipe with buttercream and jam filling. I iced it with rolled white icing and then used green icing to create a mini football pitch and a squeezy white chocolate ‘pen’ to mark the pitch lines (not great, as you can see!). As the join between the white icing and the base was not great, I piped some icing to cover it up.

For the corner flags, I cut two toothpicks in half and cut and coloured two triangles of paper red, and stick them to the picks.

I ordered a Subbuteo set, and figured that it could be part of his birthday present haul as well as part of his cake! I stuck a few players on with a dab of buttercream icing.

For the banner, I (quite messily) taped two toothpicks together for the stands and coloured them using a sharpie. I then strung pieces of cotton between the two stands and sat and painstakingly cut little triangles out of paper, coloured them in either claret or blue (for his beloved West Ham) and then wrote the message. 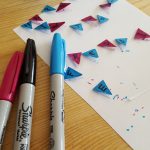 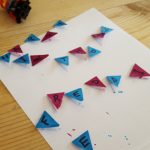 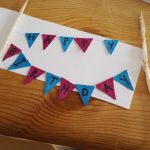 I had to tear him and his friends away from playing football in the garden to present it to him, but I think he liked it!

Now, on to my little Lego fiend who turned five. I created a Lego block masterpiece! I cheated slightly by ordering the sugar paste letters from ebay, but the large block and four smaller ones are all my own handy work.

Again I did a classic sponge cake with a buttercream and jam and used a ready to roll icing in red. For the four raised parts I had seen a few different ideas online of how to create them; one person used cupcakes and then iced over them, and one person even used circles of wood painted the same colour as the icing!! I simply used thickly layered icing and then removed it when I was serving.

I used sponge offcuts to make the smaller blocks, and used green icing left over from the football cake to make it a bit more colourful.

It certainly has the ‘home made’ look about it, but all the same I was super proud of it! I think the kids loved it too.