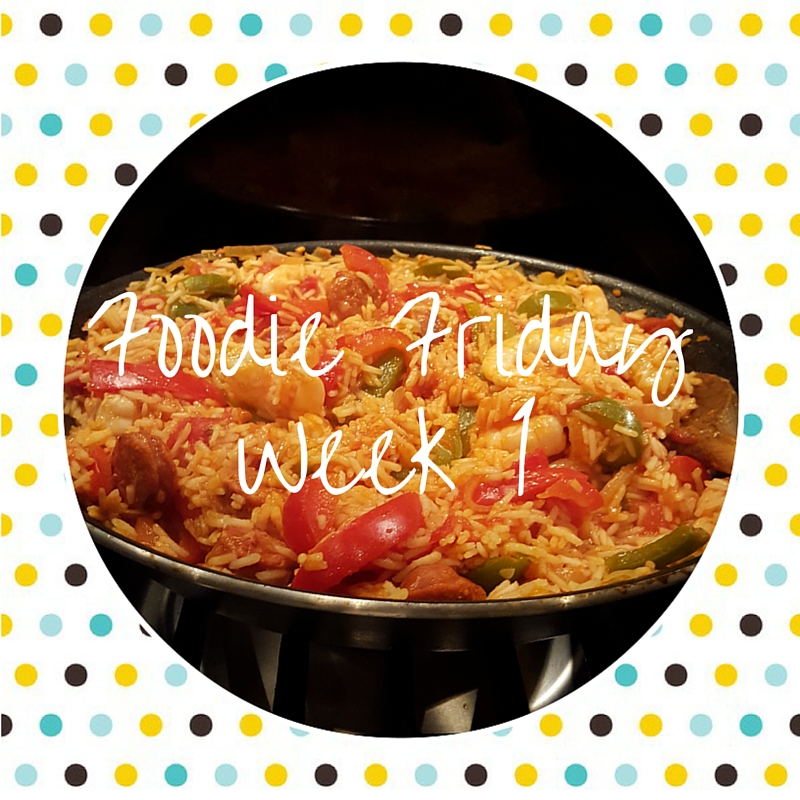 This week, as the boys were so excited at the prospect of being a part of mummy’s blog (I’m not quite sure they know what a blog is, but if it’s to do with the internet then they seem to think it is pretty cool!), I thought I’d capitalise and do something a bit more adventurous than our normal pasta and pesto or bolognese.

I had some prawns in the freezer and so googled ‘children’s prawn recipes’ and this lovely looking Spanish rice dish came up, it looked tasty but simple so we gave it a go.

I had nearly all of the ingredients at home but had to swing past the shops on the way home from school to pick up some chorizo and a red pepper. It was nice to see the boys so excited about going food shopping, now that it was for a dish they were to help cook. I gave the boys a chopping board each and they both helped by chopping the peppers while I sliced the onion. They also spent ages each peeling a clove of garlic for me! We used a large frying pan and fried off the onion, peppers, garlic and chorizo at a high heat for 3 minutes. In the background, I had the kettle boiling.

Next we added the rice, the tin of tomatoes and 500ml of boiling water. Now, I didn’t have a lid for our frying pan, so I carefully put tin foil over the top and tucked it around the edges. Cook over a high heat for the amount of time the rice instructions say, ours took 10mins.

The edges of the tin foil were steaming and hissing for the 10 minutes and I was nervous about what I would find when it was time to lift the foil – but I was super excited to see a delicious, ricey, tomatoey, steaming pan full of yummyness!

I added in the prawns, stirred them through, and cooked them for a few minutes until they were pink. 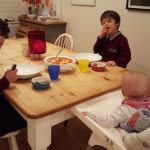 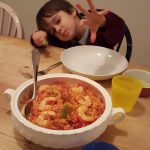 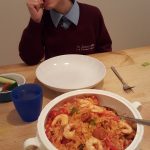 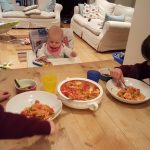 As Mr DaisLikeThese was back from work late, and I wasn’t hungry at 5.30pm, I heated it up for our dinner later. It was as yummy as it looked and smelt but we both felt it could have done with some more chorizo (and Mr DaisLikeThese added some chilli sauce to his to liven it up a bit).

Freddie: It was fabulous! I loved the prawns and the chorizo but I didn’t like the onion. I liked helping to cook. 5/5

Xavi: I enjoyed helping to cook too. I didn’t like the prawns but I did like the peppers. I loved the pepparami (he means the chorizo!).  4/5

All in all, this was a great dish which was super easy to cook and tasted great, It is definitely going to become one of our family dinner meals.