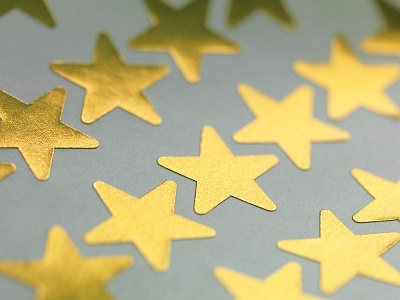 Is it a sign of how darn bad my parenting is, that a reward chart can turn my seven year old into the angel child that I never can?!

I’ve used reward charts on and off with my kids over the years, but more for big milestone events like potty training or more recently helping my four year old to stop sucking his thumb. Yes they do the trick, but can they really replace my motherly praise and encouragement?!

When moaning to a friend recently that my seven year old was being  very testing, she suggested a reward chart. I rubished it at the time, explaining that despite sometimes losing my sh!t with his behaviour (who doesn’t?!) I actually spend a lot of time recognising, highlighting and praising his good behaviour. The verbal equivalent of a sticker on a chart if you will. If I am telling him and showing him that I appreciate his good behaviour then why would he need a reward chart?

Well, in a moment of desperation when he was kicking off, I’d confiscated half of his toy collection, and I couldn’t think of a way out of this one, I told him I was going to make a chart and he needed earn his prized possessions back.

I thought he was going to laugh in my face, in a “come on mum, I’m seven not four” kind of way. But no, he thanked me and started excitedly planning what the chart was going to look like, what stickers we could use and how good he was going to be to earn them!

What followed was the best four days behaviour that I have witnessed from my child for a very long time! He was polite and kind, he listened, he talked to me, he did jobs, he did his homework, he did what I asked him to do the first time I asked him not the 10th! Now don’t get me wrong, he is often kind and lovely and what not, but sporadically and never for four days in a row!

What is it about a sticker, a little piece of sticky foil, a simple art and craft supply, that turns a child into a little angel? What is it that is so desirable about a sticker that makes a seven year old boy completely change his behaviour?! Now, I am not sure I will ever find out, but hey if it is that simple and it works that much better than my mummy praise and encouragement ever does, then hell I am buying the best, shiniest gold star stickers I can find!