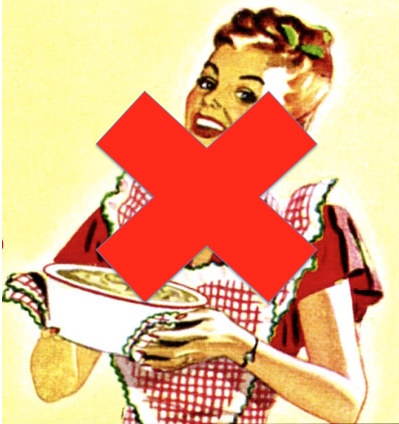 Needless to say, it was a disaster. The baby was screaming, the boys were rolling around on the floor fighting and the dog was constantly under my feet, waiting for anything I might drop.

Somehow (please don’t ask me how), I managed to produce a pretty darn good pie, it even had fish shaped pastry made by the boys on the top (my weak attempt to distract them from pummelling each other!)

Feeling relieved that I had managed to produce something edible that was hearty, heathy and homemade (there have been an awful lot of chicken nugget or fish finger nights since baby arrived!) I served up said pie to the boys.

This went on for around 45 minutes. 45 minutes of my beautiful pie being bad mouthed, poked and prodded around the plate, with peas being thrown across the table until I finally gave up. Naturally there was no desert dished up that night.

I vowed there and then (possibly in a crazed, stressed, over tired mum manner) that I would not be cooking dinner for my kids for a while. I expected the boys to be shocked, but was instead greeted with them hugging and cheering (yeah, thanks kids).

Despite my dramatic announcement that I was downing the kitchen utensils, I merely meant that for a few days I wasn’t going to add to the stress of dinner times by attempting to cook from scratch, actually I wasn’t even going to attempt to make any dinners with multiple aspects!

That sounds awful doesn’t it? But it’s really not. To ensure that I don’t turn my boys into walking talking fish fingers, I have now stocked my freezer with kids meals from a lovely local place, who do homestyle dishes which you can cook from frozen, all healthy and no nasties (they also do 10% off for new mums, so I figure that I’m not the only one in this situation!)

I’m having a couple of days off, and I am doing so guilt free!